The Secret Life of the American Teenager
Register
Don't have an account?
Sign In
Advertisement
in: Cast members, Actors 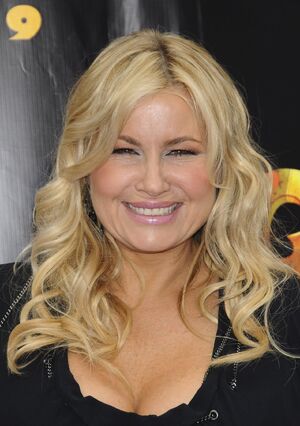 She has played comic parts in the improv mockumentaries Best in Show, A Mighty Wind, and For Your Consideration directed by Christopher Guest. She also appeared in the 2006 film Date Movie as a spoof of Barbra Streisand's Meet the Fockers character. Epic Movie, the first movie she had a starring role in, released in 2007 and was made by the same people behind Date Movie; in it, she played the "White Bitch" (the White Witch) of Gnarnia (Narnia), a lampoon of the Disney and Walden Media film The Chronicles of Narnia: the Lion, the Witch and the Wardrobe.

Coolidge had a regular role in the NBC sitcom Joey as Joey's agent, appearing in 37 out of 46 episodes in the series. She originally starred in an episode of Friends in its final season as Amanda, a tactless and uninhibited wannabe whom Phoebe and Monica try to shake off. Prior to her Friends appearance she was a regular on She TV, a very short-lived sketch comedy that also featured Nick Bakay, Elon Gold, Simbi Khali, and Linda Kash. She also has appeared on According to Jim, playing Jim's sister and in an episode of Sex and the City, and on Frasier as Frederica, Martin Crane's new physical therapist. Coolidge also appeared in the kiddie comedy Slappy and the Stinkers and as Adam Sandler's wife's friend, Janine, in the 2006 comedy film Click.

Coolidge made one of her first appearances in the Seinfeld episode "The Masseuse". She also had a recurring role on King of the Hill as Luanne's beauty school teacher, Miss Kremzer. In 2006, she guest starred on an episode of Top Chef. She also starred in the 2008 television film Living Proof.

Most recently, Coolidge appeared on Thank God You're Here and The Closer, on TNT. In 2008, she guest starred on The Secret Life of the American Teenager as a call girl. In the second season, she is a frequently recurring character, playing the fiance of Ben's Leo Boykewich and future stepmother of Ben Boykewich.

Community content is available under CC-BY-SA unless otherwise noted.
Advertisement