Student and Employee at Boykewich's Butchers

In Partnership with Leo Boykewich for Fast Food Meats

Thank You and Goodbye

Richard "Ricky" Underwood lll is one of the main characters and was known for being a bad boy and womanizer in the Grant High School, yet he is what he calls “Damaged Inventory.”

He is the biological child of Bob and Nora Underwood, the adoptive son of Sanjay and Margaret Shakur, the foster brother of Ethan, and the father of John Juergens. He is also the husband of Amy Juergens (he married Amy a couple of years after the series finale events, confirmed by Brenda). He is portrayed by Daren Kagasoff.

His father, Bob, is a drug addict who beat Ricky's mother Nora and sexually abused Ricky as a young child. His mother was both a drug addict and an alcoholic who never helped him out of fear. Ricky claims this abuse was responsible for most of his future actions. Ricky was taken away from his parents after the abuse came to light, and put into foster care. As a teenager, Ricky attended Ulysses S. Grant High School, where he was the drummer in the high school marching band and had a reputation of being a promiscuous bad boy.

He used to see a therapist, Lauren's father Dr. Ken Fields, who he occasionally visits for advice as an adult. The summer before Ricky's sophomore year, he had a one night stand with Amy Juergens because she was a virgin and bored at band camp. It was short and bad sex, and he didn't use protection of any kind. He also knocked her up. He denies even being the father to others for a large part of her pregnancy even finding out about her pregnancy a few days later. Despite his misgivings over being a good father, Ricky is shown to love and care for his son John. He and Amy go on a date in the fall finale of season 3 and she makes him get tested before considering having sex with him.

Ricky tests disease-free, and chooses to have sex with nobody other than Amy. Their first time having sex since Ricky got Amy pregnant occurred in the wake of dealing with the news of Ben and Adrian's stillborn daughter. Amy and John soon move in with Ricky. Amy finds messages left by Ben, after telling her she's in love with Ricky. Amy gets caught by Ricky, with him stating they should spend some time apart if she can't trust him. Ricky eventually apologizes to Amy and they get back together. Amy tries to get Ricky to propose by doing "wild" things such as giving him a milkshake and a bath. Ricky ends up being convinced, and at the end of his speech, he proposes to Amy. At the graduation party, Amy allows Ricky to kiss Adrian one last time to give them closure.

Ricky wants to know when Amy wants to get married and is taken aback when Amy doesn't seem to be in a hurry to plan their wedding. Amy told everyone that Ricky and her eloped in the season 5 premiere even though they pulled out at the last minute. Eventually, Amy breaks up with him and leaves John in his care while she goes to New York to attend college. Eventually, After a couple of years, Ricky and John moved to New York, along with George, Amy’s dad and John’s grandpa. The cross-country travel while taking on college was just too stressful for Amy, but no one wanted to see her abandon her dreams so everyone came to her. That’s right, Grandpa George, Ricky and John all in an apartment in Brooklyn Heights, all so Amy could be with John more often while getting her degree.

Leo used his connections at St. Francis College in Brooklyn Heights to help Ricky transfer and finish his degree, and Leo helped John as well! John started to school at a neighborhood kindergarten and continued in school there, walking distance for John and Grandpa George. Also, Leo got Ricky a job at a neighborhood butcher, and after awhile, with everyone else in the old neighborhood, Leo packed up and moved to Brooklyn Heights too. He owns property there, he has friends and family there, he loves it. And Amy and Ricky fell in love with each other and with New York. They married after both of them graduated and were all too happy to have George move across the hall — so convenient.

Ricky does have a knack for business and he and Leo are in the midst of creating a high end fast food chain. 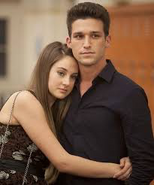 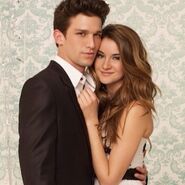 Add a photo to this gallery

Retrieved from "https://secretlife.fandom.com/wiki/Ricky_Underwood?oldid=30605"
Community content is available under CC-BY-SA unless otherwise noted.